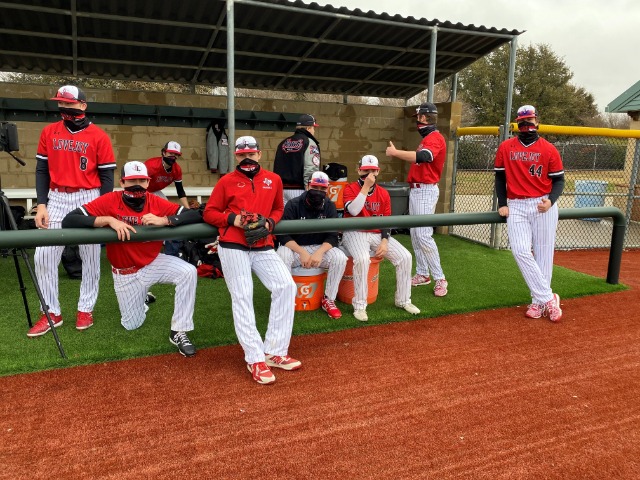 Varsity Baseball ran off with the lead late in the game in a 6-3 victory over Allen on Saturday. The game was tied at three in the top of the seventh when Brandt Corley drew a walk, scoring the eventual winning run.

Offensively, Kolby Branch finished the day going 2-4 on a single and a double, driving in 2 runs. Aidan Smith went 2-4 as well with a triple and a single. Dylan Collins tied the game in the top of the 6th with a two out RBI single.

Leopards improved to 8-2 on the season.
BACK