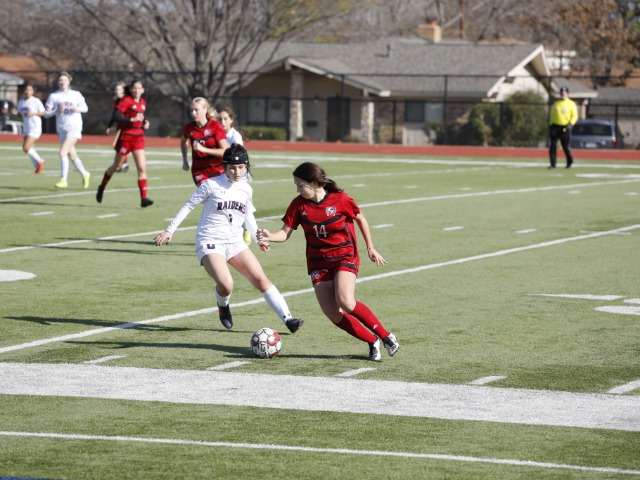 On Thursday, Varsity won their first game of the season 4-0 vs. Arlington Heights. Freshman, Kate Carlson, opened the scoring for the Leopards and freshman, Taylor Person, scored a hat trick. Assists were by Maya Hignite, Hannah Dunlap (2), and Natalia Duran De La Vega.

In their first game on Friday, the girls beat Denton Ryan 5-0. Goals were scored by Hannah Dunlap (hat trick), Jordan Watson, and Avery Templin. Assists were by Taylor Person (3), Jordan Watson, and Kate Carlson. In their second game on Friday, the girls beat a tough Argyle side 2-0. Both goals were scored by Taylor Person with one assist coming from Hannah Dunlap.

After three wins in group play the team qualified for the semifinals vs. Colleyville Heritage. Taylor Person scored a goal that was assisted by Hannah Dunlap to go up 1-0 in the second half. Unfortunately, the Leopards couldn't finish them off and Colleyville scored two goals to qualify for the final.

Overall, it was a great tournament for the team. Big shoutout to all the players who play in the back and earned three clean sheets in four games: Amiya Callicutt, Jordan Watson, Natalie Reyna, Callan Snider, Hailey Downing, Katie Irby, Abby Wood, Lexie Schuttee, Avery Templin, and Natalia Duran De La Vega. The Leopards play in the Colleyville Heritage Tournament starting this Thursday, 1/14.
BACK