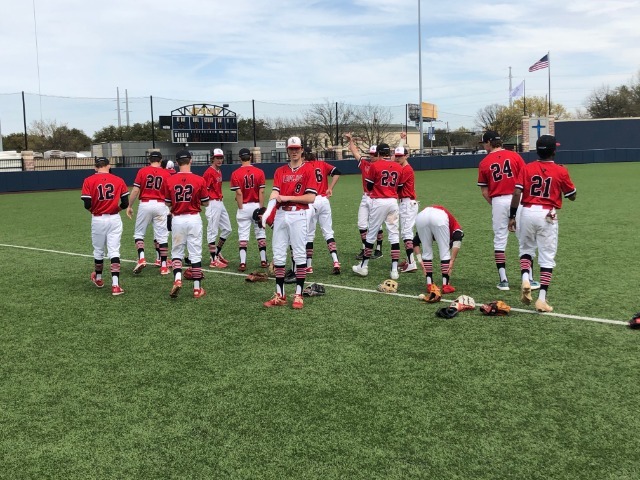 Lovejoy scored one run in the first inning on a home run by Kolby Branch, then in the sixth scoring one run as well on two walks and RBI single by Dylan Collins.

Eschler started the game and went 6 1/3 innings giving up two hits, two runs while striking out seven. Collins pitched 1 2/3 innings to earn the win. Offense was led by Eschler, who went 3-4 with the game winning RBI. Trent Rucker doubled in the 5th but was stranded at second base.

The Leopards are now 7-4-1 on the season and 1`-0 in district. Lovejoy will travel today to Hallsville for a tournament, where they will play 4 games in three days.
BACK