VARSITY BASEBALL VS FORNEY ENDS IN A TIE 7-7 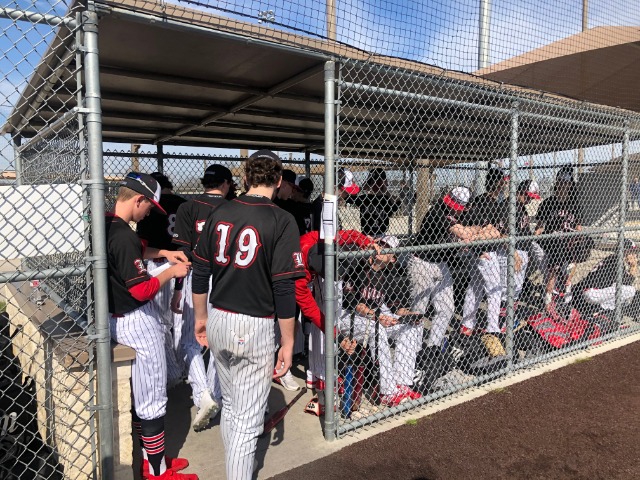 Lovejoy ends in a 7-7 tie against Forney

A double by Aidan Smith in the sixth inning helped Lovejoy battle to a tie against Forney. The Leopards scored 3 runs in the 3rd inning on a single by Michael Lane, two walks, an error and a wild pitch. In the sixth inning 6 runs were scored on 4 walks, sac fly by Grant Fraser an a double by Smith.

Lovejoy Varsity baseball is now 5-2-1 on the season as they look to improve by heading to Rockwall today to face Richardson and Plano East. First game starts at 1:30PM.
BACK