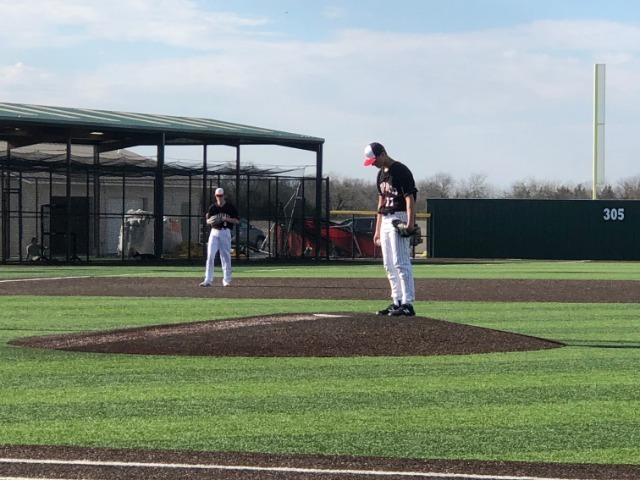 The Leopards scored seven runs in the second on its way to an 11-1 victory over Poteet on Saturday to claim the Royse City tournament Championship! Matthew Noack, Trent Rucker, Aidan Smith, Kolby Branch, Ralph Rucker, and Adam Eschler each had RBIs in the frame.

Josh Ringler was the winning pitcher. He allowed three hits and zero runs over three innings, striking out three. Cade Coppinger threw one inning in relief out of the bullpen.

The Leopards are now 5-1 on the season.
BACK