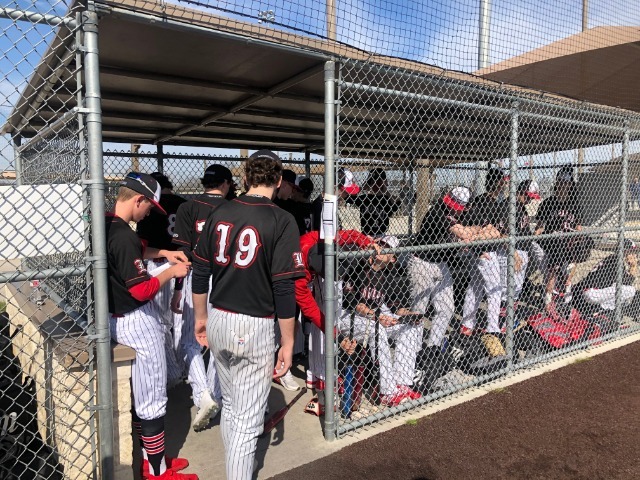 Lovejoy wins contest against Wylie on Saturday, 7-2 to advance to the championship game later this afternoon.
Lovejoy got things moving in the first inning scoring one run when Ralph Rucker doubled and in the third inning pulled away for good with two runs on Adam Eschler doubled on a 3-2 count. Then scored four runs in the fourth inning with production from Aidan Smith and Kolby Branch, who both drove in runs.
Sam Coit was the winning pitcher. He lasted three and two-thirds innings, allowing three hits and two runs while striking out three. Cade Hill and Dylan Collins entered the game out of the bullpen and helped to close out the game in relief.

The Leopards are now 4-1 on the season and advanced to the championship game.
BACK