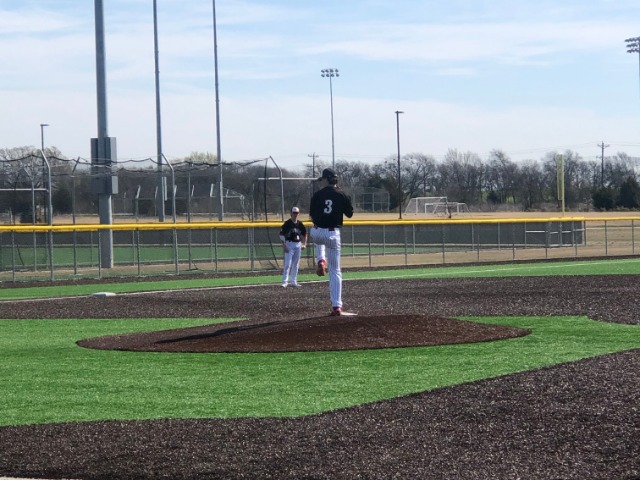 Adam Eschler shut down Kaufman, throwing a complete game shutout and leading Lovejoy to a 8-0 victory in the fourth game on Saturday of the Royse City tournament. He surrendered zero runs on two hits over five innings, striking out six and walking one. The Leopards put the game out of reach in the 4th exploding for 4 runs on big bats from Dylan Collins and Brett Sabin. Lovejoy collected eight hits on the day. Sabin and Ralph Rucker each collected multiple hits.

The Leopards are 3-1 on the season and are heading to the semifinal game against Wylie.
BACK