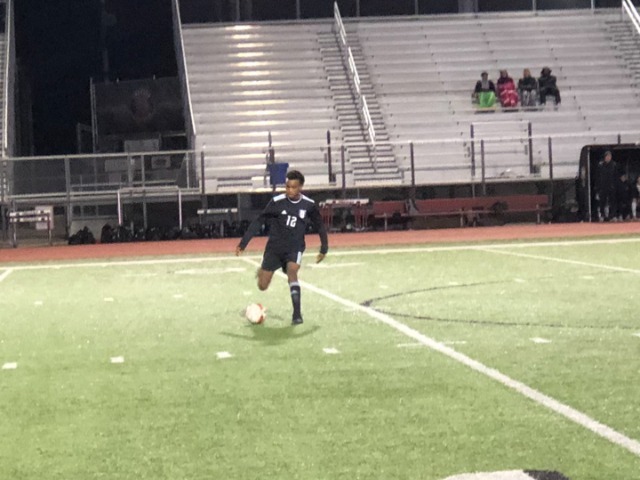 On Wednesday, the boys traveled to Sherman and picked up a 1-0 win that was filled with grit, toughness, and mud. Our side battle cold, wet, and slippery conditions to beat the Bearcats on Gavin Moore’s goal that Cade Novicke helped set up. While Sherman pressed the entire game and played very physical, the boys never yielded, and limited the Bearcats offensive opportunities all night. Sammy Merrick was once again solid, securing the shut out.
Friday night the boys hosted a Princeton side bound and determined to make the Leopards score by beating 11 defenders at all times. Playing mostly in Princeton territory in the first half, the Leopards used two Riley O’Donnell goals within twenty seconds to take a 2-0 lead at the intermission.
The Second half saw both teams score twice as Novicke got on the score sheet and O’Donnell finished his Hat trick with an assist from Michael Branch. The win improves the Leopards to 4-0 in District play as they sit atop the table with 12 points.
Next up for the boys is McKinney North, as they will travel to McKinney next Tuesday night.