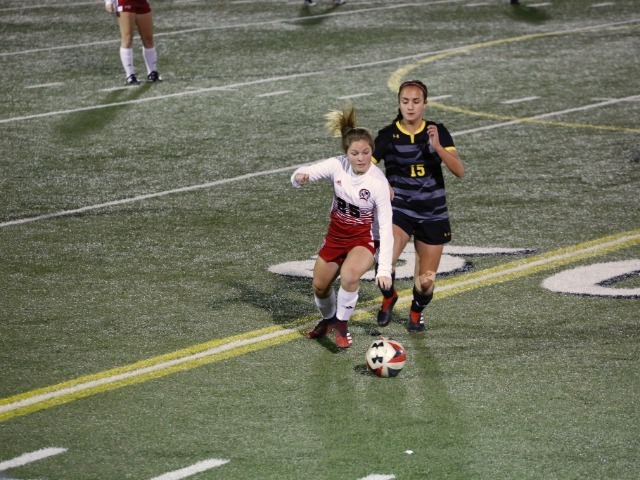 Friday night the Junior Varsity team beat Denison 1-0, scoring the winning goal with less than two minutes remaining. The goal was scored by Sophie Arriaga and assisted by Alexa Paharik. Jasmine Gramajo secured the clean sheet for the Leopards in goal.

In a hard fought game the Varsity team beat Denison 3-0. Sadie Dale scored the first goal after a long throw in by Jordan Watson. Tatum Chester doubled the Leopards lead after a cross from Madison Quiroga. Reagan Matacale secured the victory for the Leopards with a shot from range after receiving a pass from Abby Wood. The Leopards are now 9-4 overall and 2-0 in district.

Up next for the Leopards is Teacher Appreciation and Future Leopard Night on Tuesday, 2/11. The JV kick off at 5:30 and the Varsity at 7:15. Come on out and support the girls as they look to extend their winning streak.
BACK