BOYS USE BIG 2ND HALF TO BEAT WYLIE EAST 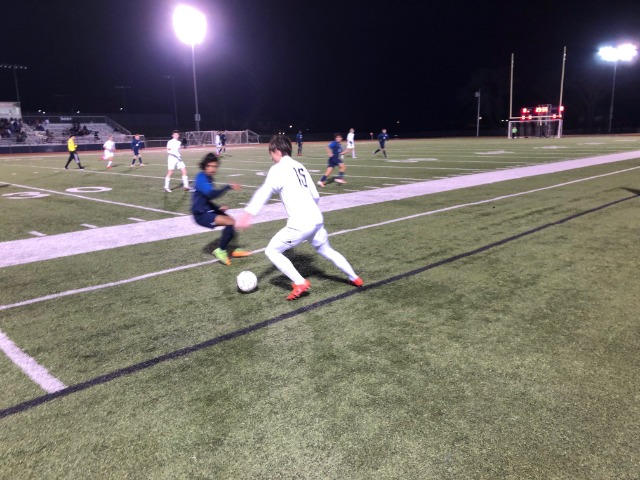 Always nice to pick up points in a road district match, and the Leopards did just that Tuesday night, using three second half tallies to defeat Wylie East. The game did not start as lopsided at it finished however, with both teams sharing possession on both sides of the field. Of the few chances that the Raiders had, Sammy Merrick was there to turn them away with another solid outing in 2020. After a couple near misses , the Leopards got on the scoring sheet 7 minutes into the second stanza with Michael Branch finding Michael Myers on a through ball that Myers placed past the East keeper. 3 Minutes later, Riley O'Donnell continued his fast start to 2020 by beating the Raider keeper from 20 yards out. Cade Novicke finished the scoring in the 63rd minute, heading a Myers cross into the back of the net to seal the 3 points.

The boys will get back to training Thursday after a recovery session Wednesday, and will be back on the field at Leopards stadium on Friday night. Denison comes to town at 7:15 looking to avenge a loss to McKinney North Tuesday night.
BACK