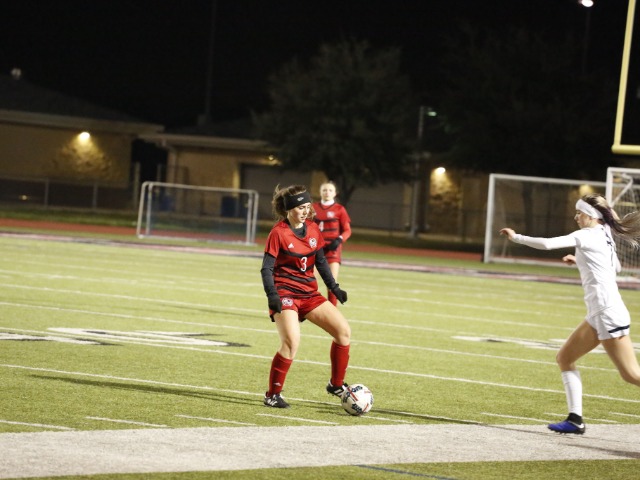 The Junior Varsity Girls Soccer Team lost a tough game to Wylie East 1-0 on Tuesday night. The Leopards just couldn't find the back of the net throughout the game and Wylie East found a late winner. It was a hard fought game and the girls look forward to getting back to their winning ways soon.

On Tuesday night, the Varsity Girls Soccer Team beat Wylie East 3-1 for the first time in six years. Against the wind, in the first half, freshman Emmy Wood opened the scoring by slotting home a rebound after a shot from Reagan Matacale. Emmy Wood doubled the lead from the penalty spot after forcing the defender into a handball. Wylie East brought the score to 2-1 in the first half but no more than 2 minutes later the Leopards extended their lead again. After a long throw in by Jordan Watson, Emma Smith came away with the ball before earning the Leopards another penalty. This time Reagan Matacale stepped up and buried the penalty. Outstanding performances in the second half from defenders Jordan Watson, Sadie Dale, Callan Snider, Maggie Manders, goalkeeper Hailey Downing, midfielders Emma Smith, Katie Welch, Madison Quiroga, Tatum Chester, and Hannah Dunlap secured the victory for the Leopards.