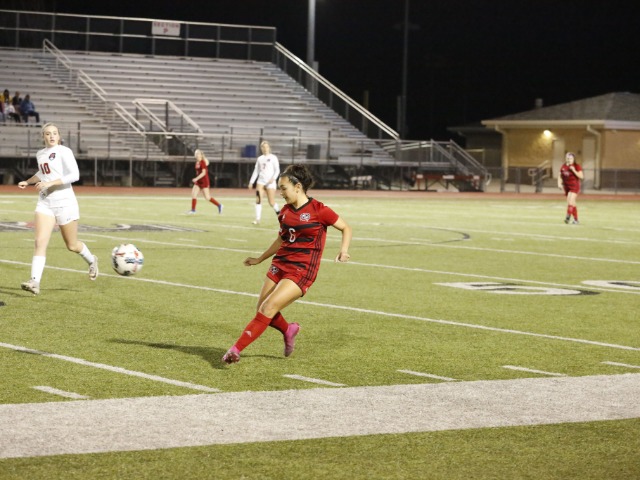 On Friday night, the Junior Varsity beat Melissa High School 2-0. In the first half, Natalie Reyna opened up the scoring from a free kick. Josie Sessions extended the Leopard's lead with a goal that was assisted by Aubrey Goff. Jasmine Gramajo secured the clean sheet in goal for the Leopards.

Varsity beat Melissa 3-1 in their final pre-district game of the season. Hannah Dunlap opened the scoring in the first half with a shot from range that was assisted by Tatum Chester. In the second half, Avery Templin found the back of the net after a cross from Reagan Matacale. Reagan Matacale provided another assist from a corner kick that Jordan Watson headed for the goal.