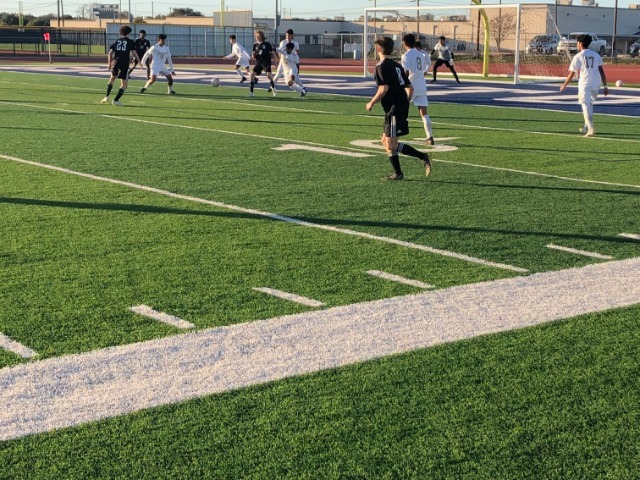 What ended as a comfortable scoring line was not easily earned. The Leopards took on a very defensive minded Austin Crockett side determined to make our boys work for every bit of space, time, and possession they got. Playing mostly in Crockett's side of the field in the first stanza, the Leopards battled a stiff wind, and some unfortunate bounces early on, but the hard work led to Cade Novicke's (Michael Branch) 5th goal of the tournament to give our side a 1-0 lead at half. Making a few adjustments, the Leopards stormed into the 2nd half with goals from Riley O'Donnell (Alex Myers) and Brandon White (UA) within 7 minutes of the start of the final frame. White's goal, which put the game out of reach was especially fun, as it was scored from 45 yards out. Ahbi Rajaiyan (Alex Myers x 2) finished the scoring with a goal of his own, putting the finishing touches on what was a difficult, but deserved victory.

The squad is back in action one last time this opening weekend, taking on Byron Nelson at 9AM Saturday morning at the GHS Auxiliary field. The team will depart back for DFW shortly after the final whistle of that game.
BACK