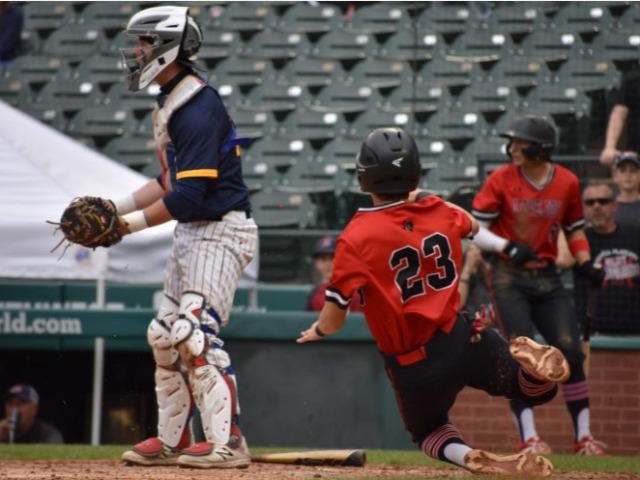 Lovejoy Varsity Baseball took the lead late and defeated Highland Park 11-8 on Saturday to win the series 2-0 and advanced to the regional quarterfinals.

Stine started the game for Lovejoy Varsity Baseball. He allowed four hits and three runs over four innings, striking out two.
Terwilliger recorded the last three outs to earn the save for Lovejoy.

The Leopards improve to 25-9 on the season and advance to the regional quarterfinals next week against Frisco Lone Star.
BACK