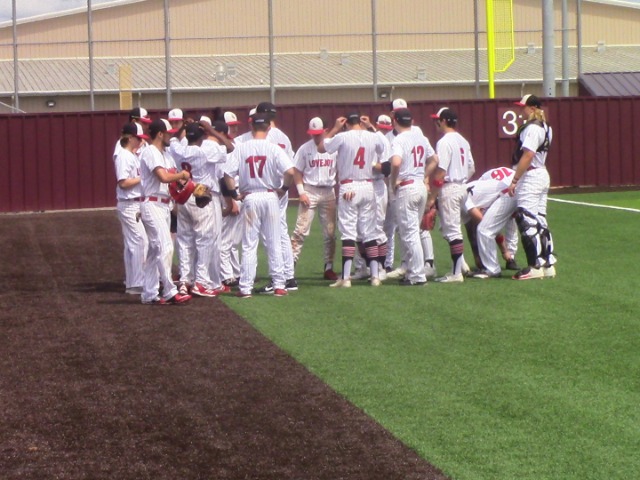 Lovejoy beat Reedy 6-3 on Thursday in first round of playoffs.
After Reedy scored one run in the top of the third, Lovejoy answered with three runs in the bottom half on two walks, a single by Luke Stine and Luke Finn and a fielders choice hit by Jacob Terwilliger. In the sixth Lovejoy put the game out of reach with singles by Michael DiFiore and Finn and 2 walks scoring 2 insurance runs.
Jordan Yoder took the win for Lovejoy Varsity Baseball. He lasted four and two-thirds innings, allowing nine hits and three runs while striking out three and walking one. Harrison Durow threw two and a third innings in relief out of the bullpen to earn the save.
Dalton Beck took the loss for Reedy. He allowed four hits and four runs over three and a third innings, striking out eight.
Lovejoy scattered six hits in the game. Finn and Stine each managed two hits to lead the Leopards.

Game 2 of the 3 game series starts tomorrow night at 7:30 at Princeton High School. Lovejoy leads the series 1-0.
BACK